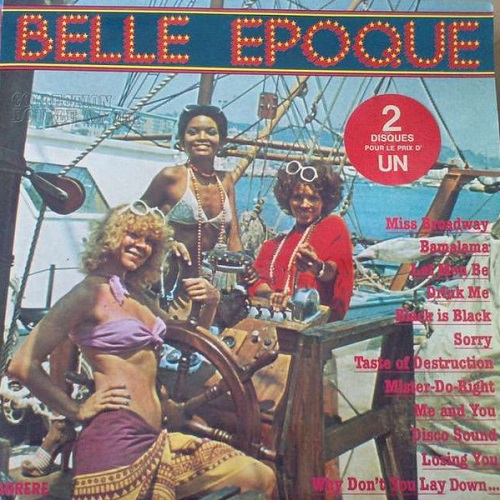 BELLE EPOQUE (also referenced in some sources as La Belle Epoque) was the name of a female vocal trio, based in Paris, France. The group first rose to popularity during the mid to late 1970s with a disco remake of the song, “Black Is Black“, originally a hit in 1966 for the Spanish group Los Bravos.

Belle Epoque consisted of lead singer Evelyne Lenton, a French singer who began recording and performing in the early 1960s under the name Evy, as well as two back-up singers. Originally, the back-up singers were Jusy Fortes (also known as Judy Lisboa), originating from Cape Verde, and Marcia Briscoe (also known as Marcia Briscue), hailing from Atlanta, Georgia. However, over time, as Lenton notes, “The girls kept changing with the circumstances.” 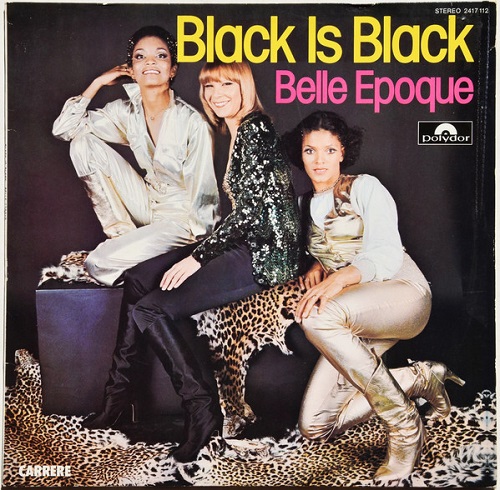 The trio scored a major European hit in 1977 with their discofied remake of “Black Is Black“, sometimes also known as “Disco Sound/Black Is Black”. The Belle Epoque version was a top ten hit in many European countries, including number 2 in the UK Singles Chart (the same chart position that Los Bravos’ original had reached there eleven years earlier).The song also became a number 1 hit in Australia in 1978.