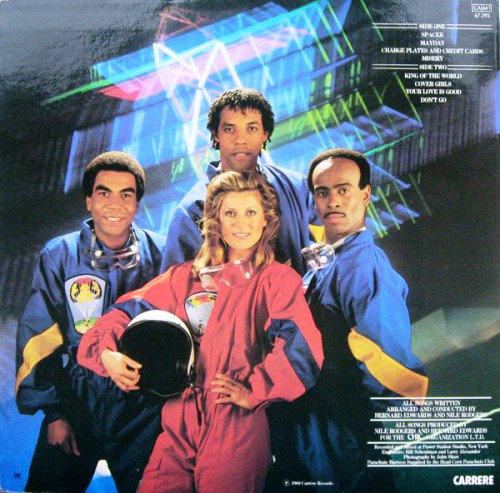 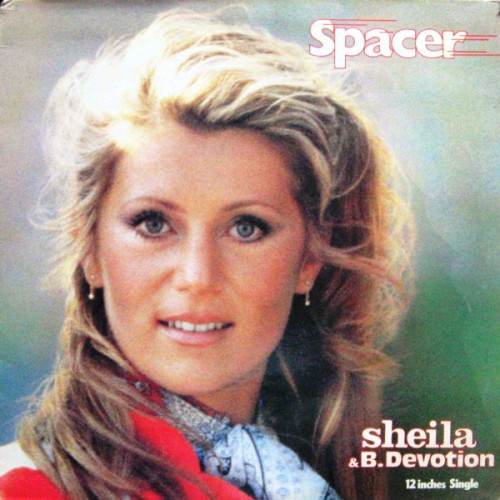 In 1977 she came back as Sheila and Black Devotion and changed her style to DISCO. She also started singing in English. She again enjoyed success, with hits like “Spacer” (from the album King of the World, produced by Chic), “Love Me Baby” and a “Singin’ in the Rain” cover.